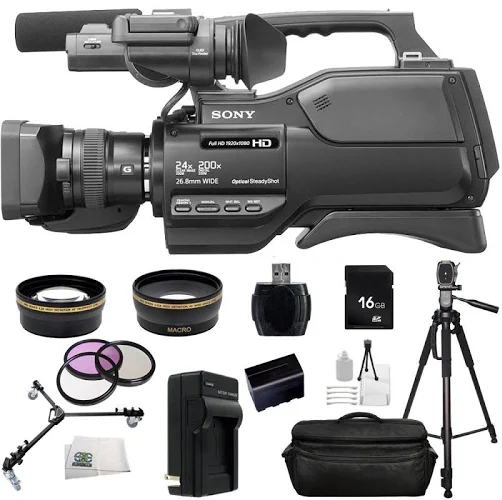 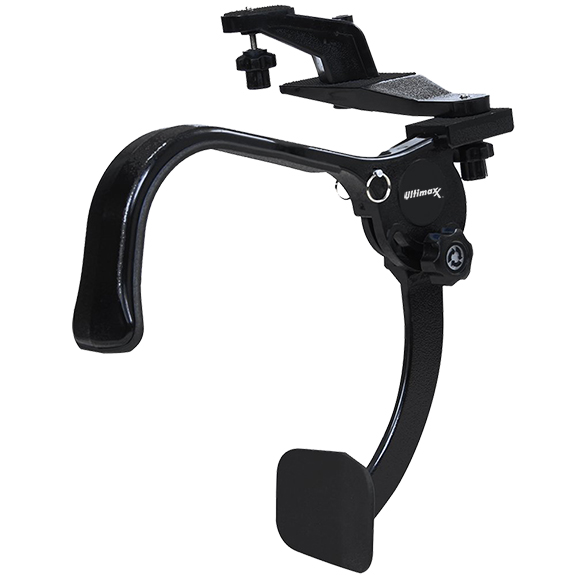 The HXR-MC2500 Shoulder Mount AVCHD Camcorder from Sony is designed for shooters looking for the inherent stability and professional feel a shoulder-mount form factor provides. It features a 1/4" Exmor R CMOS chip that can work with as little as 0.8 lux illumination when in SD mode, and low light performance is further augmented by a built-in LED light shinning 800 lumens at 1.6; distance. The camera records Full HD in the widely supported AVCHD format and can record SD in the DV codec with an AVI wrapper. Using DV rather than DVD-style MPEG-2 compression for SD means a higher quality thanks to lower compression and compatibility with more editing software. The camera is Wi-Fi enabled allowing you to control it from an app as well as monitor a low-latency live feed on a smartphone or tablet.
Along with two cold shoes, the HXR-MC2500 features one Sony Multi-Interface hot shoe, which allows the attachment of proprietary accessories such as lights and microphones. The hot shoe design means no separate cables will be required for audio accessories and lights will not require a separate battery or power source since they can draw off the camera battery. The two standard shoes provide mounting for third-party lights, field monitors, microphones, wireless receivers, and other on-camera accessories.
For live monitoring, there is an HDMI output, plus composite output which is on a locking BNC connector to ensure the cable doesn't get accidentally get yanked loose during a live broadcast. Video can be recorded internally to the 32GB flash memory, which stores about 170 minutes hours at the 24 Mbps (FX) quality setting, or a SDHC/SDXC or MemoryStick memory card.

Of all the places I could shop, why should I buy from DronesForLess.co.uk?
Our team at Drones For Less are experts and can help you make the right decision for your next camera or drone. Providing the best deals in Great Britain, DronesForLess.co.uk is on the side of the consumer.

What is DronesForLess.co.uk's Shipping Policy?
Almost all of our products ship FREE throughout Great Britain! This shipping usually takes between 7-12 business days. Add an item to the cart to see what it would cost to get your item a little faster!

Is DronesForLess.co.uk site secure?
Absolutely. Your information is passed through our https site when you make a purchase. Your Credit Card is never stored on file.